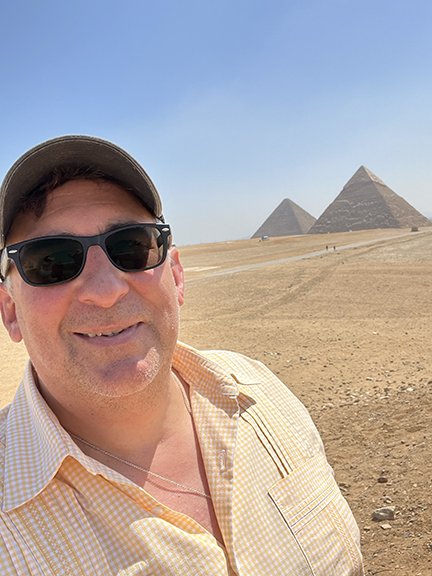 Back when I was growing up in New York State, I didn’t listen to much else besides Billy Joel, the Eagles, and Journey. Whenever country music came on the radio, I’d immediately change the station. It wasn’t until about twenty years ago that I realized what country music was all about. It wasn’t just trucks and beer—but love, family, and soul. And the song that changed everything for me was “Live Like You Were Dying” by Tim McGraw.

The song is about a man who finds out his father is dying. But instead of feeling sorry for himself, his dad was grateful. “I went skydiving, I went Rocky Mountain climbing, I went 2.7 seconds on a bull named Fumanchu,” he says. His advice to his son is simple: “Someday I hope you get the chance to live like you were dying.” What makes the song especially heartbreaking is that Tim recorded it the very same month his father, the legendary Mets and Phillies pitcher Tug McGraw, died of a brain tumor. The two were estranged for years, but they formed a relationship when Tim turned eighteen and remained close until the end.

That song shook me to my core. We get so sucked in our daily routines—get up, go to work, come home, make dinner, watch the ballgame—that life passes us by if we aren’t careful. We put our dreams aside, and then we forget about them altogether. But as Tim McGraw sang, we shouldn’t wait until we’re dying to start living. It shouldn’t take a bad diagnosis to forgive those who have wronged us, travel the world, and open our hearts to loving others. Truth is, I’m on the road for work some two hundred days a year. I stress about things like making payroll and how many copies my latest book sold. I love my family and I love my life, but there is so much I haven’t done yet. There’s so much I’ll do tomorrow, never today.

I thought a lot about “Live Like You Were Dying” last week when I was down in San Antonio, Texas, visiting my good friend Bill Petrella. I wrote about Bill in my latest book, The Gift of Influence. He’s the CEO of the Hotel Emma, a gorgeous boutique hotel nestled on the northern end of the San Antonio River Walk. Bill is one of the very best heart-led leaders I know, and I’ve been hosting leadership retreats and visiting his hotel for years. But now, after a nearly forty-year career in the hospitality business, Bill is retiring for a simple reason: to start living like he was dying.

Thing is, Bill has a bad heart. As far back as high school, he’d black out during class. He had a pacemaker installed in 2006 and open-heart surgery three years later after doctors discovered an aneurism. He had an aortic root replacement, which is about as serious as it gets next to a full-on heart transplant. Bill nearly died on the operating table, and ever since he’s been living on borrowed time.

It took Bill a while to understand how precious life is. For years he worked ninety- and hundred-hour weeks, which took its toll on his personal life. At times he was not a good husband. After twenty-two years of marriage, he went through an extremely bitter divorce. Nasty lawyers, endless litigation, the whole nine yards. By the time it was over, Bill was a broken man. But somewhere along the way, he began to live like he was dying. He reconnected with his faith. He scaled back his work and began focusing on himself and the people he loved. He traveled the world—to the Great Pyramids, Jerusalem, Machu Pichu, the Rio Olympics, Santorini, and French Polynesia to name just a few. He reengaged with his daughter and son. One day, two years after that terrible divorce, he called his ex-wife, Jackie, and apologized for everything he had put her through. The next week they had coffee, and three years ago—unbelievably—they got remarried.

This time around, Bill is determined to get it right. While most people retire in their sixties or seventies, Bill found a way to stop working at fifty-seven, but he has no intention of slowing down. For the next few years, he and Jackie have plans to stay at Airbnb’s around the world. First up: Israel, the Great Wall of China, a Baltic cruise, and then an African safari. Bill doesn’t know how much time he has left, but he’s not going to let that uncertainty stop him from squeezing every last drop out of life as he can.

When you live like you’re dying, there’s no such thing as a short life. A year ago, my twenty-year-old niece, Madie Nicpon, died after choking at a charity hotdog eating contest at college. It was a freak accident, one in a million. All I could think about was how her life had been cut short. How she hadn’t been able to live yet. How she was taken from us too soon. And yet, when I showed up at Madie’s memorial service, family, close friends, and five thousand students from her university showed up to say goodbye. One by one, they said what a great friend she had been, what a solid teammate, and what a loving person. The priest who led the service said it was the largest crowd he had ever seen at a funeral. You don’t make an impact like that unless you live every single day like you’re dying.

If you’re lucky, you’ll live a long and healthy life. But be wary about falling into routines. Keep track of how often you say “no” to new experiences and new people. Say “yes” to folks like Bill Petrella and Madie Nicpon, who might push your comfort zone and remind you how much there is still left to do in this world. Never forget that it’s not about how many years you pack into your life. It’s about how much life—and love—you pack into those years.