What Are Your Great-Grandparents’ Names? 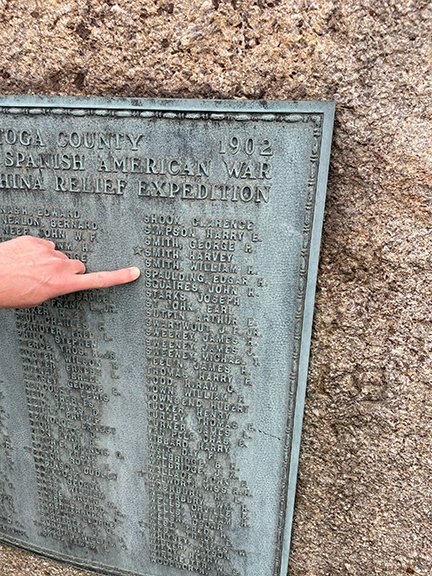 Every month I meet with an incredibly exceptional group of heart-led leaders. We call our forum Iron Works, from one of my favorite proverbs: “As iron sharpens iron, so one person sharpens another (Proverbs 27:17).” Each month we fly to a new city, have dinner, open some bourbon, and go deep.

We always kick things off with an icebreaker question, and this time it was: “If you had an opportunity to go back in time and meet anyone in your family, who would it be?” Almost everyone chose their grandfather—men from the Greatest Generation who fought the Nazis and then went on to build America’s economic backbone. As we went around the table, I got thinking: We all know so much about our parents and our grandparents—but what about further back? How much of our family’s legacy do we truly know?

Not a single person did. But they’re hardly alone. How many of your great-grandparents can you name? Where were they from? What did they do for a living? What contributions did they make to the world? As I pondered these questions, I thought about my children. Certainly, their sons and daughters will love me and call me “Popa.” But what about Tate and Caroline’s grandchildren? Will they know anything about Jill and me? Will they know about the National Leadership Academy and the Global Youth Leadership Academy? Will they have read my books or this blog?

So, what must we do to be truly remembered… a hundred years from now?

I thought of my friend Jimmy Blanchard, who is probably the greatest heart-led leader I know. In 1971, he took over the helm of a tiny regional bank in Georgia called Synovus and turned it into a multi-billion-dollar institution by the time he retired in 2005. He hosts the annual James Blanchard Leadership Forum to promote local and national standards for leadership development. He’s featured speakers like George W. Bush, Condoleezza Rice, Colin Powell, Sheryl Sandberg, Malcolm Gladwell, and Peyton Manning to name just a few. Jimmy and his wife, Sis, are beloved members of their community who have donated huge sums of money to local causes. Their great-grandchildren will certainly know their names.

Then there’s my mentor Kem Wilson. The Wilson family is probably the most influential name in Memphis, Tennessee. Kem’s parents, Kemmons and Dorothy Wilson, founded the Holiday Inn chain in 1952. Ever since, the Wilsons have donated millions of dollars to schools and churches and have become pillars of their community. Many generations of grandchildren will know that legacy.

But most of us aren’t powerful leaders like Jimmy Blanchard or Kem Wilson. That doesn’t mean you can’t lead a life of influence or leave an impact that is felt for generations down the line. When I think about legacy, I think about my grandparents Anthony and Helen D’Aquanni. I wrote about them extensively in my second book, The Heart-Led Leader. They operated a hair salon in White Plains, New York, for forty years. They never got rich. There aren’t any buildings named after them. But I’ve never met a more devoted couple. Anthony’s famous Christmas toast— “Never forget the three most important things in life: family, family, and family”—remains my first and most enduring lesson in leadership.

Anthony and Helen died more than twenty-five years ago, but that didn’t stop their great-grandchildren from celebrating their eightieth wedding anniversary back in 2020. The priest who led the Mass said he had never seen so many generations of family gather to celebrate a couple who had died that long ago. Plans for Anthony and Helen’s one-hundredth wedding anniversary are already in the making for January 28, 2040. I will be there at Mass with my entire family, seventeen years from now, celebrating Anthony and Helen’s mutual love.

In the end, legacy isn’t about how much wealth you pass onto the next generation. It’s not even about how many of your great-grandchildren remember your name. It’s about the enduring qualities they inherit from you. For Jimmy Blanchard and Kem Wilson, it’s giving back to their communities. For Anthony and Helen D’Aquanni, it was complete devotion to family.

It’s never too late to learn about and honor your family’s legacy, even if there aren’t books written about it. Last month, I traveled to Saratoga Springs, New York, to celebrate my father’s eightieth birthday. While I was there, we visited my great-grandfather Edgar H. Spaulding’s grave. Everyone called him “Popeye” because in the Navy he got a tattoo of Popeye the Sailor on his arm. When my father was a baby, his dad left town for good, so it was up to Popeye to raise him. Popeye wasn’t rich. He didn’t author any bestselling books. But the world has never seen a kinder, more gentle-hearted soul. He passed that legacy onto my father, who is the gentlest man I know. And I see Popeye’s legacy today in my children.

Two days from now is Thanksgiving. While you are sitting around the table eating turkey with your loved ones, take a moment to think about the great-grandparents who once sat there. Find out their names if you don’t know them. Learn about where they came from and what contribution they made to the world. Learn their stories. As you look around the table, I bet you can see shimmers of their legacy in your children, parents, and siblings. And I can’t think of anything better to be thankful for.